The Good… The bad… The Ugly… and the Open

February 16, 2015
Joes Barbell
Uncategorized
Comments Off on The Good… The bad… The Ugly… and the Open 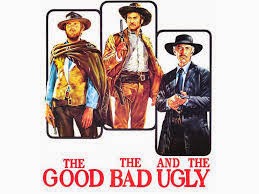 Open season is upon us.  It’s time to throw your name in the hopper with the best functional fitness athletes in the world, along with the newest, oldest, and least best count-i-est.  As I consider where “Proving My Fitness” stacks up in my list of personal priorities I was pondering the good, the bad and the ugly I have witness in the Open.  This video, as funny as it is, pretty much illustrates all that I was pondering.
The Good
Beside some great commentary, and hopefully, satirical take on what exactly is going down here, there really are some great qualities being demonstrated by the athletes in the video.  If effort is gauged by sweating alone the glow of these two troopers shows that both are putting in some work.  I have seen this in every year of the Open.  Many athletes who have never competed, forgot how to, and didn’t think they wanted to end up being pushed into the Open and finding an extra gear.  Hitting that gear is great, from time to time, and without a competitive environment and some peer pressure it is hard to go there.  Without the Open many athletes wouldn’t feel the “suck,” go to that dark place, or experience the comradery associated with giving your all for the betterment of the group.
Many of us don’t know we like being on a team until we are actually on one.  The Openprovides that platform as well.  Great CrossFit Gyms, like CrossFit 808, have a real sense of community.  No other time of the year is that highlighted more than the Open.  CrossFit 808 has been a highly competitive gym since its establishment.  Last year alone they sent two masters and a team to the games.  Having trained, coached, and been a part of their first games team I can attest to the fact that during the open it’s not the “gamers” who get the loudest cheers during their Friday Night Lights Open workouts, it’s the normal member.  See for yourself in this Instagram video.
In my mind if I were still a part of the 808 gang participating in the Open wouldn’t be in question.  It would just be part of my training.  CrossFit 808, in my mind, uses the open very successfully as a motivational tool and instructional platform to push a fit or flight agenda.  That is not to say you have to be a gamer to play at 808.  What you do have to do is make fitness and pushing yourself a priority.  The group at 808 loves seeing PR’s.  They force members, in a safe way, out of their comfort zones in terms of exercise prescription and intensity using the open and competitive functional fitness activities to demonstrate progress and tighten up the community.  808’s nutrition programs even have that same competitive twist.  CrossFit 808, in my mind, is per athlete the most competitive gym in the country. They successfully use the Open and prep for it as a galvanizing force to bring their high level athletes and general training population together. The main reason 808 and its members compete so well is because they compete so much.
There are certainly big upsides to the open.  Nothing forces a person to push themselves like a little competition.  Sprinkle in a touch of community and you have the perfect goal acquisition environment where progress could be the norm.  You actually see a lot of that intensity in the video at the beginning of this post.  These two guys are obviously willing to die for each snatch.  What differentiates the practices of “Diamond Daves Dojo” from great CrossFit gyms like 808 is the attention to athlete safety and prep before taking part in an all-out CrossFit experience.

Which unfortunately brings us to the bad and the ugly side of the open.  Community and competition can be very powerful things.  So much so at times that the needs of the group begin to super seed our own fitness goals and needs to be safe.  But, more on that a little down the road.  Until then keep your eyes peeled, your nose clean, and keep this thought in mind; scoring the most fitness points has nothing to do with Living Six for Six.