Reflecting on World’s: My Assessment of Team USA’s Performance 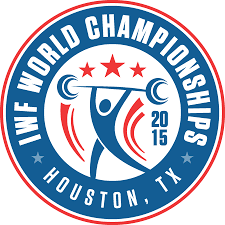 Mary Poppins said it best, “a teaspoon of sugar helps the medicine go down.”

With that in mind and with Worlds at a close its time to reflect on the performance of Team USA.  The fact is some great performances were turned in but many things need to change if Team USA hopes to make a move on the international Weightlifting stage.  I believe taking an honest look after a huge event like Worlds is a must.  Without honest conversations and evaluations the sport of Weightlifting will simply not move forward in the US.

Some American records fell.  For the USA men, Alex Lee broke all three 69 kg men’s class records; snatching 140 kg, clean and jerking 176 kg, and totaling 316 kg.  Jenny Arthur also broke two records in the USA women’s 75 kg class; clean and jerking 138 kg and totaling 244 kg.  When American records fall it’s a great sign of progress.  When those records falling on a big stage like the IWF World Championships it is also a sign that USA Weightlifters are learning to compete on big stages.

Team USA also had the youngest competitor in the field, 15 year old CJ Cummings.  CJ is thought of by many as the Weightlifter who will eventually bring glory back to USA Weightlifting.  On the Doc and Jock podcast Glenn Pendlay said CJ has the potential to break every single American record if he sticks with the sport and stays healthy.  CJ has also garnered attention outside of USA Weightlifting circles.  Most notably being featured in a Wall Street Journal piece titled – The Lebron James of Weightlifting.  By many, CJ is not only considered the future of American Weightlifting but also the best lifter in the country.  I believe he is the USA Weightlifter with the highest upside. Also, CJ gaining experience competing with the best the world has to offer will only speed his progress toward a potential senior international podium finish.

The leadership of USAW also took advantage of the stage and inducted 2008 Olympic bronze medalist Cheryl Haworth into the hall of fame.  Cheryl is a friend of the Doc and Jock Podcast having been featured on a recent episode.  It is always a good idea to celebrate past champions.  With Weightlifting gaining momentum in the US as of late in the wake of the popularity of CrossFit I thought it was a classy and smart move to highlight a past champion.  You can listen to Cheryl’s Doc and Jock interview here, or check out a solid write up by Brandon Penny featured on the USAW webpage here.

For Team USA A session lifters were few and far between.  There was not a single lifter in contention for a single medal at any point in the entire meet.  Not a single USA male finished in the top 10 in either the snatch, clean and jerk, or total.  The closest male to cracking the top 10 was Alex Lee finishing the clean and jerk in the 11th position.

On the women’s side team USA fared a little better.  Jenny Arthur and Sarah Robles did break into their A sessions and also finished those sessions in the top 10.  Both Jenny and Sarah earned valuable team points that will help qualify USA Weighlifters to the 2016 Olympic Games in Rio.

This is a sign that USA Weightlifting is still a long ways away from earning medals on an international stage.

I for one have to ask why?

Sure, aiming to knock Russia and China off the podium is a tough feat.  I have heard first hand many excuses for why these and other countries are performing so well while USA Weightlifting flounders.  Mainly, that stronger countries are doing a better job of recruiting kiddos, have more lifters and resources, are winning the doping game, and some, use communism to their advantage.  The fact is we aren’t catching Russia or China anytime soon.  We certainly aren’t going to make a move as a country on the international Weightlifting scene if we continue to make excuses for ourselves.  To me making excuses is a very un-American way to handle any challenge.  To be honest it seems to me that it is only in Weightlifting circles that the USA seems to take the victims stance in regards to competing in sport internationally.

Let’s forget the Weightlifting powerhouses like Russian and China for a moment.  What I can’t do it forget about great performances from small and poor nations like the Philippines.  With limited resources they only sent two lifters to the meet.  How is it possible that the Philippines can send two skinny kiddos to the event and walk away with 4 medals?  While a large and rich nation like the US can walk away empty handed.  One look at Hidilyn Diaz and Nestor Colonia and its obvious they aren’t on the drugs.  Not to mention they consistently post their best lifts under meet conditions.  Typically dopers are going to post higher totals in training.  To me their success is a direct result of talent, training practices and toughness.  I would have to also say the same can be said for Team USA.

So what are we to do?

The facts are that in the USA we are not doing many things right regarding Weightlifting.  It is my opinion three things need to change immediately.

First, we need to educate and recruit kids into the sport of Weightlifting. The misconception that Weightlifting stunts growth and leads to injury is false and keeping many kiddos from engaging in a sport that has huge transference to other more popular ball sports.  I for one do not understand why the barbell, or PVC, isn’t introduced to kiddos at the elementary school level, like a football or basketball.

Second, some money needs to be pumped into the sport.  Glenn Pendlay and the gang at Muscle Driver got the ball rolling a few years ago by starting a professional Weightlifting team.  Caffeine and Kilos in recent history has organized nice cash prizes for their invitational meet.  Also, small apparel companies like Third Pull Apparel and Kilos not Pounds are sponsoring young athletes and promoting the sport at a grass roots level.  I for one think there needs to be larger cash prizes at USAW’s premier meets.

Imagine if at Nationals or the American Open, if the weight class winners could train for a year on the winnings?  Look simply to CrossFit and their relationship with Reebok to see what a large sponsor and cash prize can do to grow a sport.  Hell, throw the folks who qualify and compete at these large national meets a pair of lifters, a singlet or T-shirt and interest may raise.  I have competed at the last two national championships in lower sessions and in comparison to my Crossfit Games experience USAW treats the competitors of its premier meets like second rate citizens.  When I was at the Games in 2013 I felt like a rock star.  While at nationals I felt lucky to have walked away with a roll of rock tape.

To me the growth of Weightlifting in the USA has little to do with USAW and much more to do with CrossFit and sheer luck.  USAW would do itself some good to toss some of their increased revue from membership back at the members competing.  They could also do themselves a favor and search out a title sponsor who could breath some life into the sport.

Third, the leadership at USAW needs to right their own ship quickly.  I for one enjoy mixing politics and Weightlifting. 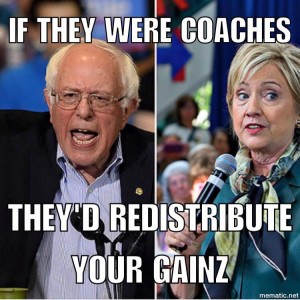 However, USAW seems to be doing it all wrong.  Going into Worlds the biggest chatter revolved around Sarah Robles and USAW’s controversial decision to include her on the USA Women’s World team.  To Sarah’s credit the controversy did not affect her.  She performed well, and finished the meet ranked the USA’s best female Weightlifter.

USAW did not do Sarah any favors.  I for one think that USAW did the right thing putting her on the team.  However, the process for qualifying and being placed on a worlds team should be transparent and if exceptions are made for any reason, honest and direct language should be used, not closed door meetings.  For more on this controversy check out a solid write up on the O Lift magazine’s blog, here.

The facts are this seems to be a long running issue for the old timers running USAW.  Without a clear and understood path to make a world team our USA Weightlifting World Team won’t amount to much.

It was a great experience for me to attend a few sessions at worlds and be able to see first hand what USA Weightlifters can do in comparison to their international counterparts.

Did Team USA do some good things at Worlds?

Do I believe the best is yet to come for Team USA?

Can Team USA tweak their approach?

I do believe USA Weightlifting is doing some positive things.  The continued progress of CJ Cummings, American records falling and strong performances on the Women’s side are all positive steps in the right direction.  It is my hope however, that USAW takes a few steps to help aid this progress, not hinder it like they seem to have done in the past.  For more on my, and Dr. Danny’s opinions about what we saw at World’s check out the Wednesday Doc and Jock Podcast release.

A good start. We have been running the FDU Weightlifting Championships every year since 1999. Over the last six years we have been giving out over $3000 in cash prizes to our outstanding female and male lifters. This year the FDU Open will be held on Saturday January 23, 2016. Entries available at FDUDevils.com. We are looking for the top athletes and sponsors to help further the successes we hav had through the years. Just our way of giving back to our National level competitors and Olympians.