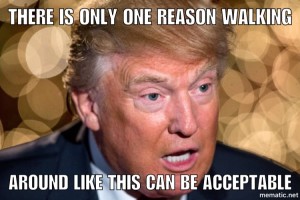 Hurray, it’s Super Tuesday!  With that in mind I wanted to mix training and politics…. again.  No, I don’t learn anything from past experiences and before you address the issue I do remember very well how much folks hated my Sanders Hillary Weightlifting meme.  Fact is, I have to get my kicks somewhere and Weightlifting and Politics do to for me!  My kids stole my vital substance and left me with limited Crossfit skills so I picked up Weightlifting to facilitate my physical need to train.  Conversely, my lust for film has been stunted.  If you are looking to stop watching R rated films, which I wasn’t, have a kid, then another, then a third.  For the next 5 (and counting) years you won’t get near a film with a curse word.  To fill that void I went to the radio, specifically right winged talk.

Fact is that I am a man and mixing oil and water makes me smile, I really don’t need to explain myself to you but I did.  So please, keep reading and hear me out on this.  You are sure to find something helpful.

Because I am a man, making assumptions is part of my DNA.  So, when I look at pictures of Donald Trump I have to wonder why? 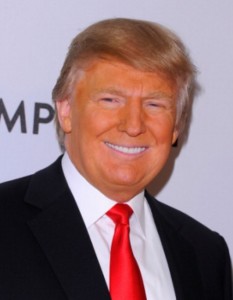 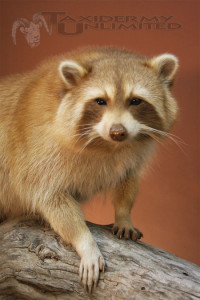 I also wonder how folks, many of them very smart, can take the man seriously, but that’s another 10,000 words and probably the loss of a few friendships.

So, how in the hell can Donald Trump walk around looking like an Oompa Loompa with a bad haircut and orange rawhide for skin. 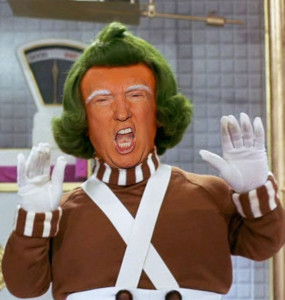 He must have to right?  It can’t be a choice right?  He must have something really wrong with him right?  Well, thats obvious but why?  Or, maybe what forces him to talk around like a weathered and trotting tangerine is also the cause of his unstable and nasty behavior.

Again, I am a man and rather than ask questions I look for answered.  Not, surprisingly there is a scenario that may explain the queer look and gruesome behavior.

Trump must be suffering from extreme Hypovitaminosis D?  Commonly know as a vitamin D deficiency.

Let’s take a look at some of the common symptoms and signs of Hypovitaminosis D. 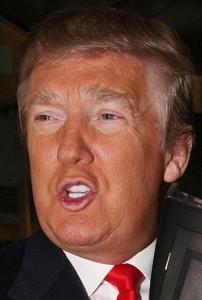 Skin pigment works as a natural sunblock.  Yes, this is a characteristic more commonly associated with ethnicities having darker skin.  What I can say is that it appears that Trump’s skin is darker than mine, yours probably is too, which probably means he needs a little more sun exposure than me to get the vitamin d factory pumping out helpful hormones.   Lets just be honest, this guy’s skin is ridiculous.  For a man of such wealth and means to walk about looking as foolish as he does the reason must be out of his control.

Folks with a Vitamin D deficiency are 11 times more likely to suffer from depression due to low serotonin levels.  We know Trump’s stance on political positions are erratic at best, which is a tell tale sign of depression (erracticness, not being a flip flopping liar).  Has Trump ever stood firm on anything?  Most of his life he was a liberal, now he is conservative.  Most of his life he thought abortion was cool, now he isn’t a fan.  Look at his recent language regarding the other presidential candidates.  A few years ago Hillary was great, now she’s a bum. A few months ago, Ted Cruz was a good guy, now he is a liar (which he isn’t).  Even his locked in stone, build the wall and take it to the bank stance on immigration has recently come into question by a Buzz feed and a New York Times report.  Trump’s language, mood, and behavior are all over the place.  It just might be out of his control.

Facts are aging sucks.  Things don’t work like they used to.  One of the pitfalls of aging is the skin doesn’t make as much Vitamin D as a response to sun exposure.  This declining switch usually begins kicking in around 50.  Supposedly, Trump was born on June 14th 1946 in Queens, which would make him 69 years old.  Now, I haven’t seen his birth certificate and haven’t worked very hard to confirm this google search but supposedly this is very easy information to fake, especially for presidential candidates.  Supposedly there has been a rash of candidates over the last few elections with shady, and foreign, tickets to the I Want to be President Party.

Vitamin D acts very much like a hormone and requires fat to be absorbed and moved around.  Because of this, folks carrying a lot of extra fat need a lot of extra vitamin D.  Like most Americans, Trump is a little overweight, carries and little to much body fat, a little to little muscle, and much like his nemesis, Rosie O’Donnel, is, in a physical sense and my opinion, a disgusting animal.

Donald Trump? Most Likely, who doesn’t?

Lots of folks who experience strange and mystifying pain, (like that ridiculousness fibromyalgia) actually can trace the source to very simple cause, one being a lack of D.  With limited D in the system calcium is not absorbed in the bones adequately.  Now, I don’t know if Trump experiences achy bones, but, it’s safe to assume yes.  Look how he plays with with his little hands and observe his rigid posture.  The guy resembles an orange tin man with a poorly painted black face.  I eek in pain watching him gracelessly rotate left and right during debates.

Head sweating is regarded by many experts as a sign of Hypovitaminosis D because of the neurological side effects of the debilitating disorder.  Again, here it is hard to say. I do know a man from Niagara Falls who purposefully thinned his hair and did wear it in strange ways to help him ventilate his skull.  He said it worked.  Interestingly enough this same gentleman had a long and debilitating battle with Hypovitaminosis D.  Currently this nameless and fabricated man is impossible to reach for clarification.

Donald Trump? Not Sure.

Facts are in many cases a Vitamin D deficiency can also be spotted in folks who have the runs, constant diarrhea, and feel bloated.  Why?  Vitamin D is a fat soluble vitamin.  If you have issues with vitamin D you most likely are not processing fat happily, and the result is an unhappy gut.  Now, I really don’t know if Trump, constantly has the shits, but I do know he makes the same faces as my kids when they are having issues working a solid.  You’ve all seen it and you know I’m right. 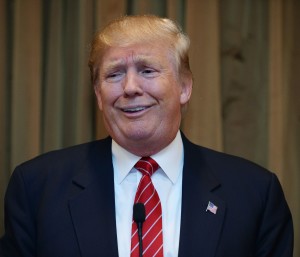 Whether Trump is deficient or experiencing some strange malabsorption issue the side effects of limited Vitamin D could explain quite a bit.

I am not a Doctor, I don’t have a personal relationship with Trump, and I sure as hell wouldn’t trust him as far as I could throw him if I ever did get the chance to question him.  But, I am familiar with the signs and symptoms associated with Vitamin D deficiency.  In my opinion i’d assume he is a lot low.  The best fix is slowing down and getting some sun.  When I get some bad blood work regarding D that is what I do.

Trump on the other hand can’t stop his campaign and devote himself to the rest and requirements to naturally fix the issue. My guess is his bad tan is the result of over using a tanning bed to bump up his D while crusining Trump Force 1 (yes that is the name of his real plane) between hate speeches and hashing slander.

The moral of the story is that vitamin D is very important and many many many Americans are deficient.  Is it really that hard to think Trump has an issue?  The effects of Hypovitaminosis D can be painful, lasting, and debilitating.

But, hey gang, guess what? The most effective Hypovitaminosis D fix is free and easy. Get more SUN!!!

Sunshine is the best way to optimize vitamin D levels.  Spend more time outside and do your best to get as much of your skin exposed as possible.  Sadly enough however, just like voting, this requires a little bit of brain power.  Yes, sun exposure is good.  No, you should not burn.  Ease yourself into this pool folks.  If you live in the mountains of NY and suffer from eastern euro pastyness, like me, jetting off to the Caribbean after a long winter and taking a 6 hour naked nap on the beach, lathered in baby oil and iodine at high noon is not a very good idea.  If you are in a not so sunny place, for a not so short time, find a safe and happy tanning bed and use it smartly.

You can also see your doc for all forms of interventions, injections, orals, whatever you can swing.  Sadly, taking pills seems to be much more appealing than acting like a human these days.  However, if you are like me you search and destroy simple, natural and effective fixes to problems.  What the heck is more natural than spending time in the sun.
Think on it folks!

Why Glenn Pendlay’s Beard Should be More than Feared January 8, 2016
How to Improve your Jerk: A Jerk Balance Variation December 18, 2015
CrossFit Leads to Specialization December 22, 2015